In Native American immortal love legends, the story of Pocahontas, the daughter of the Chief of a Native American tribe is most popular. Not only is it an account of the colonial history of America but it is also a beautiful love story crossing cultural, linguistic and social boundaries.

In India, we have our own version of such a story, that of Shakuntala. Just as Pocahontas falls in love with a man from the ‘outside’ world different from the one she knows, Shakuntala, a simple girl from the forest brought up by a sage, also falls in love with a King who is a man of the world with kingly responsibilities. The story is recorded in the first chapter of the epic poem Mahabharata written by Kalidasa. 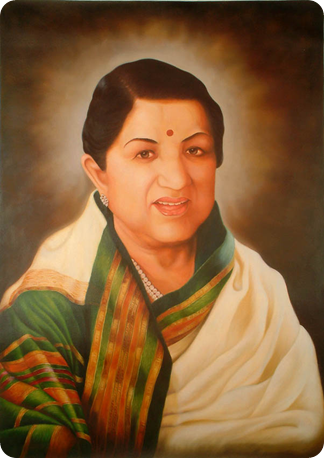 Shakuntala is a child born out of a union between a heavenly damsel called Maneka and an earthly king, Vishwamitra. They met when Indra sent Maneka to seduce and thereby break Vishwamitra’s penance to be a great sage surpassing sage Vashist. One day when Vishwamitra discovers his powers to be gradually diminishing, he leaves his child and Maneka and goes back to his kingdom. The mother, Maneka too abandons her child when she finds herself missing her heavenly life. The shakunth birds then takes care of the baby till a monk, sage Kanha passing by took pity on the child and brings her up as his own child. It was him who gave the name of Shakuntala after the shakunth birds.

Soon she grows up to be a beautiful young girl and meets King Dushyanth while he was out for one of his hunting sprees. They both fall deeply in love and get married in a simple tradition of exchanging garlands. At this time, the sage Kanha was away from the forest. After spending some idyllic moments in the forest, King Dushyanth soon begins to feel the tug of his kingdom and leaves with promises to send a chariot for her and also gives her his signet ring as a symbol of his love and promise.

One day, sage Durvasa comes by to the house and Shakuntala lost in her thoughts about her husband neglects her duty to him by not recognizing him first and then not even getting up to receive him. The sage goes into a fit of rage and curses her that the man of her thoughts will forget her. Later at the urging of her friend, Priyamvada, the sage unable to undo his curse adds that if Dushyant sees the ring, he will remember her. True enough, the king forgets Shakuntala and one day in despair finding herself with his child, she leaves the forest for the kingdom. Upon arriving there the curse works and the king is unable to remember anything. Shakuntala seemed to have lost the ring too when they had stopped by the river to drink water. Insulted by Dushyanth to be an imposter, Shakuntala leaves the palace heartbroen never to be seen again.

Then one day Dushyanth miraculously finds the ring in the belly of a fish and remembers Shakuntala. But he is unable to find her. The hermits in the forest had long abandoned their spot and had moved on. Dushyanth spends the rest of his days remembering Shakuntala. Later we know that it is after Shakuntala’s son, Bharat’s name from whom we get the name of our country.

Thus, even though the story of Shakuntala ends on a sorrowful note, the love and romance, the idyllic time spent in the forest shared by Shakuntala and Dushyanth make this an immortal love story for Indians.