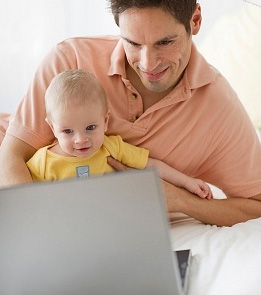 New age parenting has definitely become a whole lot more challenging, in a different set of ways, as opposed to how it was in the earlier times. Whilst brining up a child was less challenging earlier, in the sense that children were far less exposure, whether it be to television, cable or the internet, where peer pressure was far less on the children, where competitiveness was nothing but healthy for most times and most parts of children’s lives, it is dimensionally opposite today. The dimensions of today’s typical child or teenager are totally the opposite of what the dimensions were of a typical child that grew up in an earlier era or decade!

There is many a tip that one can easily follow for the best trial of good parenting to the new generation child! Troublesome as it may be to understand the sentiments of a bratty or an adamant child, it is essential to try and have a multi approach with children. Children have many demands today. Their exposure to television, cable, internet and peer pressure at times, that the child may experience in school, could make the child competitive, adamant or stuck with an attitude. These are quirks that can be overcome by new generation and new age parenting.

–          Understand your child as a friend at times, instead of looking at a situation as a parent or an adult only.

–          Give your child the confidence to be able to come up to you and have a chat with you about anything that can be playing on his or her mind. This will develop into a structure and a productive relationship between you and your child, thereby making the rapport one that is effective and efficient.

–          Children have the ability to speak brashly at times, when they do not realize what they are saying could be harsh or attitude-stricken. At times like this, instead of being strict, leniency, understanding and proper explanation will show the child that he or she is speaking incorrectly and the explanation will help them understand clearly and confidently. Of course, at times, a good shouting is necessary when things go or seem to go out of hand. A strict message when sent across with no verbal abuse of language, with only a good flow of sentences,  said with firmness, and this to be done only when completely needed, is a good way to show a child a good lesson.