A woman is not born a woman but becomes one.

Thus for generations on, women all over the world have remained confined behind the men in their lives even in the domestic space. For a long time, women were conditioned to believe and accept that their suppressed plight was natural. 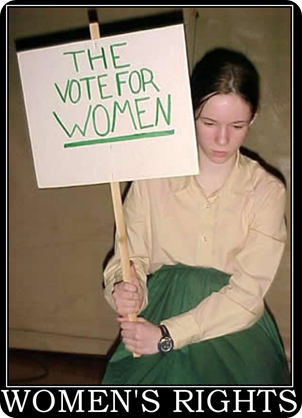 Closer home, In Indian society, age old traditions and belief systems, like the caste system, dowry system, Sati, child marriages, isolation and strict regulations foor widows both young and old not only made worse the plight of Indian women but almost unbearable and even dehumanizing.

It was only during India’s Freedom Struggle that women was heard as a voice and began to be visible. Today although many of the evils that women face are being constantly minimized an legislations are being constantly made to help meet women’s needs and to give her the proper status due, a lot remains to be done. However, a look at some of the legal provisions that are available for Indian women would help in knowing the significant rights that women possess in this country which they can count on when facing inequality or gender discrimination.

India has also ratified various international conventions and human rights instruments committing to secure equal rights of women. Key among them is the ratification of the Convention on Elimination of All Forms of Discrimination Against Women (CEDAW) in 1993.

LEGAL PROVISIONS FOR WOMEN IN INDIA:

Although women may be victims of any of the crimes such as ‘Murder’, ‘Robbery’, ‘Cheating’, Crime against Women is a specific category that address crimes that are directed and specifically against women. Under this, there are two sub-categories:

(1) The Crimes Identified Under the Indian Penal Code (IPC)

(vii) Importation of girls (up to 21 years of age)

(2) The Crimes identified under the Special Laws (SLL)

Although all laws are not gender specific, the provisions of law affecting women significantly have been reviewed periodically and amendments carried out to keep pace with the emerging requirements. Some acts which have special provisions to safeguard women and their interests are:

Other legal provisions that made available to women are:

With reference to SPECIAL INITIATIVES FOR WOMEN made by the Indian government, the National Commission for Women established in January 1992, a statutory body that has the powers to study, monitor, review existing legislations to suggest amendments were necessary as wel as all matters that relate to the constitutional and legal safeguards provided for women, review the existing legislation to suggest amendments wherever necessary in significant.

Besides this, the government initiateive of The National Plan of Action for the Girl Child (1991-2000)

To ensure survival, protection and development of the girl child with the ultimate objective of building up a better future for the girl child, National Policy for the Empowerment of Women, 2001,

The Department of Women & Child Development in the Ministry of Human Resource Development has prepared a “National Policy for the Empowerment of Women” in the year 2001. The goal of this policy is to bring about the advancement, development and empowerment of women. And the ratification of of the Convention on Elimination of All Forms of Discrimination Against Women (CEDAW) in 1993 are commendable.