The changes in the society are reflected in baby names. Time-honored Indian customs in choosing names are often set aside today in favor of individual choice. Names are chosen because they’re ‘fashionable’, or simply because they ‘sound nice’. It is a choice, but how much do we really know about traditional names and their meanings? 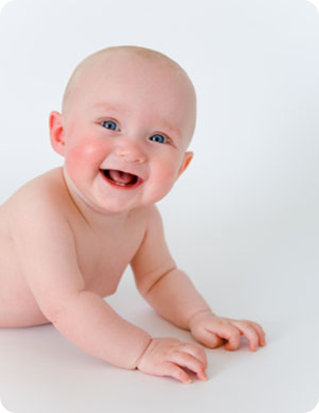 Many names have been around for so long that today also they have the charm as that of modern names. ‘Anjali’ of course, is ‘offering with devotion to God’. But there is another dimension to the name and that is that it means ‘to help people in need’. One beautiful name is ‘Kamakshi’, another name for the Goddess Durga, also means ‘voluptuous-eyed’, while ‘Pushpa’ is not just ‘flower’ but also the vehicle of Kubera – ‘The God of Wealth’. ‘Puja’ is worship as well as honor and adoration.

The ancients believed that our names defined us, that our temperament, character, and tastes derive from the name bestowed upon us by our parents or elders. An Indian name is ‘Priya’ that means beloved. ‘Mukund’ is a South Indian name that means ‘one who liberates’, or ‘a precious stone’. ‘Lalita’ is lovely and gentle – but beware, she’s also wanton, voluptuous and sporting! ‘Dhruv’ means stable and firm. Everyone’s familiar with ‘Ashoka’ – it’s also one of the arrows of Kama, Hindu God of love.

Some people have an affinity for rare traditional names like ‘Anita’ meaning full of grace, mercy, favor, a leader, without guile. ‘Anya’ means inexhaustible, different, strange, and extraordinary. ‘Maitreya’ means friendly, benevolent, the future Buddha. ‘Pradyumna’ is the mighty one, son of Krishna and Rukmini.

There is a belief in Indian culture that a child’s name is his first gift in life. Does this make one feel important that as an elder he or she has a very important responsibility in hand to name the child correctly? Yes, it is that important. It is us Indians who have nurtured our heritage of traditional names for future generations and are today also passing the same heritage to our siblings.

Today the trend has changed according to different culture and beliefs. Owing to an increasing number of inter-caste marriages and cross culture blending, the trend is known to have a name that represents both the religions. An example is the name Shripad M Keskar, a mix of South Indian and Maharashtra religion.