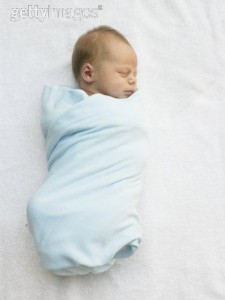 Different babies have different sleeping patterns based on which parents have to in turn adjust their sleeping patterns. Babies usually get up in the night because they feel hungry. Usually premature babies feel hungrier thus they get up at night often. Babies usually are sensitive to the environment in the beginning hence they get up often to adjust themselves. Sometimes babies may even have an illness or an allergy due to which they get up and cry in the middle of the night. Baby sleep patterns and the number of hours will vary as they grow up. Some babies normally need less sleep during night and more during the day. However, over time, babies will learn to adjust according to the normal sleep timings.

New born babies take time to adjust to the sleeping patterns and this lasts till six months. Babies who are used to being fed in the night several times wake up because they usually feel hungry.

After three or four months babies do not need to be fed three to four times in the night. Mothers can feed the baby before going to sleep so that he or she doesn’t wake up and feel hungry at night.

Mothers also need to make sure that babies are eating enough during the day. Also, do not feed the baby at a small cry. Do not assume that every time the baby cries, he or she is hungry, that may not be the case. You can observe and understand whether the baby needs a nappy change, or even simply your attention apart from hunger.

Be the first to comment on "Sleeping patterns in Babies"