The blend of traditional, religious and modern names is becoming a favorite choice of Indian parents. However, the religious connections and connotations remain as strong as ever. In such a scenario, there remains a choice with the parents to even go in for naming their children as per the modern accepted names.
‘Krish’ is a modern form of name Krishna. The Sanskrit word Krishna has the literal meaning of ‘black’ or ‘dark’. “Natasha’ is also a modern name that is popularly used in Indian culture, but has its origins not in India but Russia. It is a name variant of Natalia. Such names though are variants, but are becoming quite popular in the Indian society and people seem acknowledge them.
‘Lara’ is yet another short and modern name that is a short form for ‘Laranya’ which means graceful. It also means protection. ‘Rohan’ is again a modern name but has its roots in Sanskrit. It means ascending or one who takes the higher path. 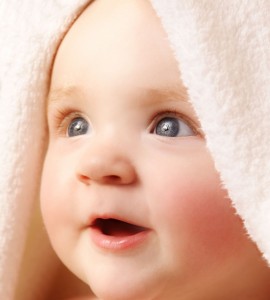 ‘Riya’ means graceful, while ‘Aryan’ is derived from a Sanskrit word ‘Aarya’ meaning noble, kind and just. The Sanskrit lexicon ‘Amarakosha’ said that Aryan means a person from a noble family and whose behavior is gentle. He is somebody who is well-born and respectable. Probably it is for this reason that when the Hindus were classifying themselves in accordance with their society, they kept the upper caste among the Aryans.
Whatever is the case, but these names have a persona and an aura attached to it. The names itself are the imprints in which the baby will be in the years to come. Bold names and a weak personality do not match, so it is also very necessary to give the names that the parents can help their babies to get molded to.
‘Shreya’ is a girl’s name meaning auspicious or lucky in Sanskrit. It also refers to the Hindu Goddess Lakshmi in many ancient religious hymns. ‘Shreya’ also means beautiful or talented and also means success.
‘Ananya’ meaning one of a kind, ‘Shyla’ means behavioral discipline or morality, ‘Neha’ means love and affection, ‘Armaan’ is ambition or want of desire, ‘Jai’ is victory, ‘Ajay’ is unconquerable, ‘Anish’ means supreme paramount, ‘Pran’ is breath of life, ‘Ritika’ means movement or the flowing stream and the name ‘Om’ depicts the mystical syllable in the Indian culture. It represents the range of sounds that can be made by the humans. It is said to carry energy and positivity with it.
Such beautiful names that have meanings derived from ancient epics yet are being used as modern names with a little variation. It is the parents and the elders what they are thinking while they are naming a child. Exploration is the key.