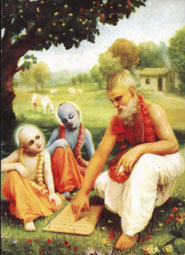 India has a great reputation of being the foremost bearer of world education system since ancient times. Education has played in major role in shaping the tradition, culture and intellectual wealth of the people of India. The country introduced the concept of Gurukul system. It was way beyond a mere teacher-student relationship. Gurukul system thrived on virtuous bonding between a Guru (Teacher) and Shishya (pupil). Form parents’ point of view, Gurukul was always the first and last choice for the education of their wards.  Parents realise that this ancient but extremely relevant system of education even during the modern times goes beyond the simple procedures of teaching and learning. While sending their kids to Gurukool, parents could feel comfortable in the fact that imparting of knowledge and skills are done on a more personal level. Parents and teachers in India have always been accorded highest degree of respect. The ancient scriptures actually placed more emphasis on importance of teachers in shaping the futures of children and consequently, the country.

To understand the true importance of teachers in our society, just have a look at below mentioned quotes from our scriptures;

It implies, “God and teacher are both standing side by side, who I should look for blessings? It’s the teacher whom I should first go and hug as he made me aware of God!” This does not demand any more explanation and says it all.

So at the core of Indian education system, parents and teachers play the most vital role. The combined efforts of these two can not only shape the future of the children in a positive way but that of, also the country. Gurukul knew the importance of proper channels of communication between the teachers and parents. The healthy relationship between parents and teachers was ensured through outbound communication, inbound feedback and by keeping interests of children as the single most priority. Parents were considered as community and they were asked to participate and support and were provided a forum to interact among themselves. Though, we are living in a different era but we are also making a silent back move to our roots. There have been events of new schools being created and structured in the mold of Gurukool in different parts of the country. Parents, by keeping their ears and eyes open to such development can ensure a great future for their kids.