Female infanticide is probably the worst manifestation of crimes against women in a patriarchal society. It is the act of intentional killing based on male preference. The question behind this clearly evil phenomenon of killing the girl child within one year of her birth is not why she is being killed but rather what has the Indian government done to make this world a safer place for her? 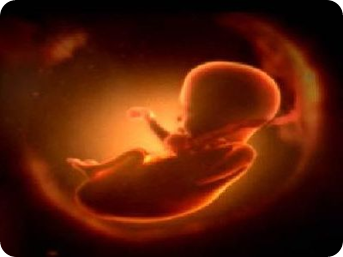 The bias against the female child in India is a result of the value society places on the ‘sons’ as they stand to gain whether it is to bring in the extra income or to bring in extra help in the form of a wife. The sons are in one way a form of insurance which the female child is unable to be. ‘Women’ are also seen as a lifelong liability and a burden in such a context. What worsens the situation are such factors as poverty, women’s economic dependence, social customs and traditions that give second citizen status to women and the dowry system. Having to shell out huge sums of money and material goods as per the demands of the groom and his family at the time of marriage is far more expensive and significant for the parents than the life of the female child.

In the light of all this, The National Plan of Action exclusively for the girl child (1991-2000) formulated in 1992 for the “Survival, Protection and Development of the Girl Children” is particularly significant for it attempts to ensure the survival of the female child by recognizing her rights to equal opportunity, to be free from hunger, illiteracy, ignorance and exploitation.

The Balika Samriddhi Yojana launched in 1997 is also another major initiative of the Indian government to raise the status of the girl child. One of the components of this scheme is the giving of a symbolic gift of Rs.500/- by the government as post-delivery grant to the mother of the girl child. The other components proposed are the provision of an annual scholarship when the child starts schools and help with setting up any income generating activity after gaining the age of maturity.

Furthermore, such legislations as the Dowry Prohibition Act, 1961(Amended in 1986), the Hindu Marriage Act, 1955, the Hindu Adoption and Maintenance Act, 1956, the Immoral Traffic Prevention Act, 1986 and the Equal Remuneration Act, 1976 is hoped would deal with the problems that lead to the menace of female infanticide. It is however left to see whether such legislations taken by the Indian government succeed in being a deterrent against committing such atrocities on the girl child if not to eradicate it completely.