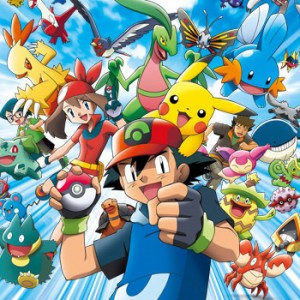 Like Snoopy, Pokemon is also a craze amongst kids. The name Pokemon comes from the Japanese term ‘Poketto Monsut?’ for Pocket Monsters. Pokemon was an instant hit with the young Japanese children.

Apart from the videogame, children love collecting Pokemon soft toys, Pokemon notebooks, Pokemon wallets, Pokemon mugs, Pokemon T-shirts, Pokemon key chains, and other Pokemon goodies. In fact, there are so many birthday parties organized for children that have Pokemon as a theme. Here, not only are children given all kinds of Pokemon goodies and gifts, but there are Pokemon cartoons all around. Pokemon is also an ongoing animated series, which has since been adapted for the North and South American, Australian and European television market.

There are so many Pokemon cartoons that feature on the Indian cartoon television. Not just that Pokemon card games, books and comics too are available. Not just children, people of all age groups love to play Pokemon games simply because they are fun and you get addicted to the excitement. However, make sure that your child does not spend too much of time on these cartoons.

Be the first to comment on "Famous cartoons: Pokemon"