The history of oppression and torture against women in Indian societies has been going on for centuries whether it was Sati, child marriages, or the isolation of widows. Given this context, the oppression of women have continued even till today with the dowry system being its new avatar.

The dowry system in India takes place within the structure of ‘arranged marriages’ where the woman is said to be given away in the form of kanyadaan which literally means, the gift of a virgin. The young bride or kanya is to be adorned with jewellery and be gifted away as recommended in the Shastras. 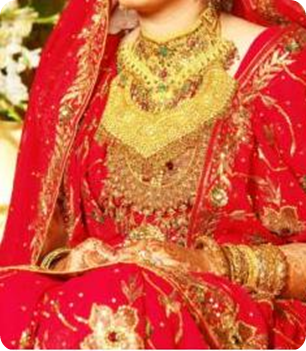 Apologists for this social practice trace its origin to the ancient Hindu scriptures to establish that the practice in itself was conceived out of altruistic objectives. The act was voluntary and was devoid of any coercion. The implied ideology behind the dowry system is that since a woman did not have any inheritance rights under the Mitakshara system, the dowry system was thus introduced to overcome this restriction and to give the daughter, a handsome dowry involving money and precious gifts like gold and property.

Needless to say that with rising capitalism and consumerism, the need for money and social status have placed the heavy burden of acquiring wealth on the shoulders of these innocent women making her the sacrificial lamb.

The legislation of the Dowry Prohibition Act of 1961 as amended by the Acts of 1984 and 1986, was thus instrumental in combating the evils committed under the guise of the dowry system. According to the explanation of this Act given by S. Gopal Reddi v. State of A.P., this Act is “a piece of legislation which aims to check the growing menace of the social evil of dowry and it makes punishable not only the actual receiving of dowry but also the very demand of dowry made before or at the time or after the marriage where such demand is referable to the consideration of marriage.”

However, critics of the dowry system maintain that the situation in fact worsened during the 1990s. Even recent cases published in Times of India like that of Amarjit Kaur, who was married off to a family in Tilak Vihar in New Delhi was strangulated and then set ablaze by her husband Gurwant and her in-laws in January 2006 after being harassed for dowry show that the menace of dowry still continues on in modern India despite the perpetrators being punished by law.

It is thus important that along with the legal provisions, preventive measures be taken to alter social perspectives to the status of the girl child. As long as the society views the girl child as a burden such atrocities as female infanticide, domestic violence and dowry deaths will continue to haunt the future of tomorrows’ Indian women.