Do you know that it really is a very difficult and a challenging task to name a newborn? There are many reasons that make this very simple task become fairly off-putting. One of the most important reasons is our getting over-conscious in giving our best to find a suitable name. The best part of Indian names is that they are derived from the rich literature of Indian civilization that has evolved over last few thousand years. It is quite astonishing a fact that all of our epics, deities, traditions and scriptures have all contributed immensely to the huge collection of names. Here is some of the baby naming tips that would make it easier for a parent to make their search easier for the desired name. 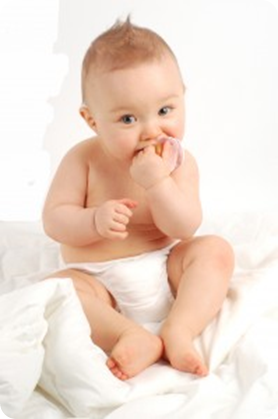 1. In today’s world, people are searching for names that have good meanings. Such names normally have their origins in Sanskrit. Some people on the other hand come up with a name and then they try to find its meaning to make sure that the name has a decent meaning.

2. As millions of Indians are living outside India and the traditions in urban India are changing, a new trend of using short names has emerged, because they are easy to pronounce. It is up to the parent to experiment with a long traditional name or morph it to its short form. Some people may not like the idea, but many would.

3. Some might think of going in for trendy names. These trendy names are like fashion. The trend changes and so does the fashion. It is very likely that a trendy name thought of today might become a nightmare for your child tomorrow.

4. Many times, the celebrity names or the famous personality’s names and the book character names have inspired many parents to give these names to their newborn. It is expected that this trend may continue in future also.

5. It is a fact that millions of Indians are living abroad and most of them face a problem of trying to make their names easier for the foreigners to pronounce. Due to this, they choose names for their siblings that have easy pronunciation.

6. Some of the parents can even try to make a combination of their own names for their child. For example, the couple named ‘Dinesh’ and ‘Aastha’ could name their girl child as Dia.

Whatever procedure, ritual or selection methodology one follows for naming the child, one definitely finds happiness in it.