Every couple is looking for a nice name for their newly born child. Before giving a name, just think for sometime as to what you want from the name. There are many variations in the thoughts of people living throughout India. This variation can also be seen in the names of people. 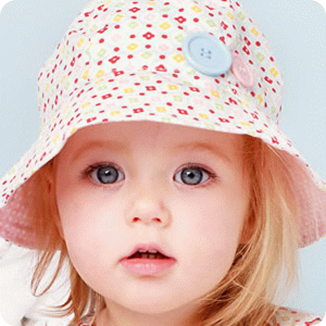 This is because of the fact that the names for Indian babies vary from region to region. The names are generally influenced by the religion and the caste of the parents. But, in today’s world, this tradition of names is changing. There are many Indians who have their birth names totally different from their official names. This birth name has a peculiarity that it starts from an auspicious letter that is based on the horoscope of their birth date and time. Sometimes, numerology also plays an important role in naming of the child.

In almost all the Indian religions, every event and every change in life normally starts with a ceremony and lots of prayers to God. ‘Naamkaran’ is one of the first ceremonies done for a child and is by and large common to all the Indian religion and cultures. This is the ceremony of giving a name to the newborn. It is done after the newborn is given the first bath, which is generally after ten days of birth.

The ceremony involves prayers for the five elements and for the well being of the newborn, to the Almighty. The name is chosen and is uttered by the father into the right ear of the baby. Traditionally, the baby name was picked on the basis of the star under which the child was born. Some people like to put their name or their grandparents name in the middle, some people like modern names, some go in for traditional names and some like the names of God for their babies, so that whenever they utter their babies’ name, they are also uttering God’s name.

The name given to the child is going to get repeated throughout his or her life and sometimes, even after their lives. This means that the baby name should be one with deep meaning and has an essence in it, rather than just serving as a tag to a human being.

Whatever names are given to the babies, by whatever logical or scientific calculations, is a responsibility of every parent. Take help, discuss or read books, but give your child a name that becomes a remembrance for your life time.