Healthy, hearty, robust, vigorous, able-bodied, strong, tough, forceful and also very lovable is the definition for new born boys. The parents think that the name should suggest the personality of the boy in future and hence there is a need to give special attention.

It was seen in the earlier sixties that there was a unique trend of naming the children after the leading actors. Hence, the times of the sixties saw baby boys then having the names like Rajesh, Raj, Shashi and also Shammi. There was also a trend at many places of calling the names by shortening the original names like Rajvinder becomes Raj and Rishikesh becomes Rishi. Definitely, the names are forever and changes in spelling are usually suggested by numerologists or the astrologists to bring more luck factor and prosperity. 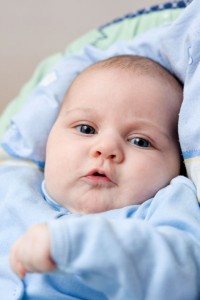 There are so many meaningful names existing like ‘Shrutant’ meaning ‘one who does not end’. ‘Akshay’ is again a strong name that suggests ‘not vanquished’. Similar type of meaning is also there in the names ‘Avinash’ and ‘Vikram’ that mean unconquerable. There are some of the boy names that suggest a very strong personality having kingly qualities. Raja or Raj also is found in variants like Rajveer, Rajesh, Rajeshwar, Rajbir, Rajvikand, and Rajan. There are R names like Rajat, Rajneesh, Ritesh, Rishab, Rithik and Rahul. This is just an example that has been taken for the alphabet R, but there are also different names suggesting strong personalities that start with other alphabets.

There are many ‘baby name’ books existing in the market that has a huge collection of new born baby names that are modern, traditional, common as well as unique. These books also deal with special names for twins, second born or triplets. Usually, in the Hindu tradition, the name is decided as per the ‘Rashi’ name which is considered as per the time and date of the birth of the child. Such names have their basis in Astrology.

Sharan, Munish, Divish, Divyesh, Shaman, Sharman and Shreyas are a few modern names. Other names are Aakil, Akilesh, Advait, Aalan, Ali, Aadesh, Aahan, Aarav and Adit. Nitish, Madhuresh, Pravrit, Parth are other names to choose from. Yuvraj is prince, Arjun meaning white or clear, Sahil is ruler or guide and Aamin is divine. Krishna and Kiran are names that are used by both male and female.

With so many choices in front of the parents, it may become difficult, so the method of reverse engineering can also be used. Have a meaning in mind and then start of for finding a single word for the same. It does help.