Child adoption in India is not a new phenomenon but has been in existence for a long time. However, this practice was generally confined within the family or among close family friends and ties. In time, adoption in India became institutionalized and legalized in order to give more structure to the procedures involved, to offer checks and balances, and to protect the child from being violated. 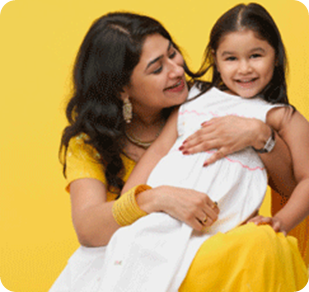 The one significant move towards this systematization and streamlining of the procedures involved in adoption as well as to strengthen adoption rules so that hassles are minimized, has been the establishment of Central Adoption Resource Agency (CARA) by the government of India. This body has been established with its base in New Delhi under the advice of the Supreme Court as an autonomous body under the Ministry of Women and Child Development to function as the central authority to deal with adoption procedures both within the country (in-country) and where two countries are involved (inter-country). Its inter-country adoption policies are also in compliance with the provisions outlined by the Hague Convention on Inter-country Adoption, 1993 which was then ratified by the Government of India in 2003. As per CARA regulations, in-country adoptions happen under the Hindu Adoption and Maintenance Act 1956, Guardians and Wards Act 1890 or Juvenile Justice Act of 2000.

CARA is important because it monitors the adoption procedures whereby adoption agencies have to strictly follow and abide by the guidelines and regulations that CARA provides. Theses placement agencies have to register with CARA after registering with the respective state governments and having been granted Special Adoption Agency (SAA) status according to the provisions outlined in the JJ Act (Juvenile Justice Act).

Placement agencies are also required to take a No Objection Certificate [NOC] from CARA which is mandatory in case of inter- country adoption before proceeding. Some of the government recognized placement agencies are: Indian Placement Agencies, Foreign Placement Agencies Enlisted, Voluntary Co-ordinating Agency in India, Scrutiny Agencies. Parents both Indian Nationals residing in India as well as those residing aboard must therefore register with these CARA enlisted adoption agencies before moving on further.

Thus, the decision to adopt must always be well thought out and planned. Parents who want to adopt must take into account all the pros and cons of adopting both the legal aspect and the adjustment aspect for adopted children often suffer from complex issues of identity, discipline, rebellion, anger, burdened with gratitude. Sensitivity is needed specially if there are other siblings. Simply signing some papers are not enough. The real challenges only begin after that for adoption is not a one time affair but a life long process.